History of the University

The Seminary and the Comillas Pontifical University 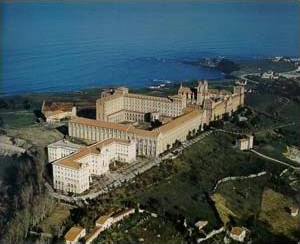 In response to the projects proposed by Antonio López y López and his son Claudio López Brú, the first and second Marquis of Comillas, Pope Leo XIII founded a Seminary in the town of Comillas (Cantabria). Established under the papal brief "Sempiternam Dominici Gregis", dated December 16, 1890, this Seminary offered training for candidates to the priesthood from dioceses throughout Spain, Latin American and the Philippines.

Its ability to attract pupils from such a range of places, its rigorous internal organization, advanced level of teaching and explicit support from the Vatican, as documented from the outset, gave this Seminary the feel and status of a University.

Fourteen years after its foundation, under the papal decree "Praeclaris honoris argumentas" issued by the Sacred Congregation for Catholic Education on March 19, 1904, Pope St. Pius X granted the Pontifical Seminary of Comillas the power to award academic degrees in Philosophy, Theology and Canon Law.

At the beginning of the 1970s, the Vatican representative in Spain, as the most influential patron of the Institution and acting on behalf of the Holy Father, suggested moving the University from Comillas to Madrid. Assuming an active role in the promotion of this project, he believed it would increase the University's influence on current training of candidates to the priesthood and provide lay Christians with the chance to also benefit from studying ecclesiastic sciences and other similar programs. Authorized and supported by the Vatican, and with the personal blessing of Pope Paul VI, as expressed in a letter to the Chancellor dated January 24, 1969, this move was approved by the Spanish Episcopal Conference and the project was gradually carried out.

In agreement with these authoritative bodies, the University opened its doors to all types of students, and with approval from the above-mentioned Sacred Congregation, the former Faculty of Philosophy became the Faculty of Philosophy and Humanities, offering non-ecclesiastic degrees in Psychology and Educational Sciences, in addition to courses in Philosophy.

Under Royal Decree 719/1977 of February 18, the Spanish Authorities acknowledged the full civil effects of all programs offered by the Faculty of Philosophy and Humanities, in application of the agreement made with the Vatican on April 5, 1962.

From this period onward, the University has offered both ecclesiastic and non-ecclesiastic programs and its founding educational mission, without losing the validity built up over so many years, was enriched with new academic and formative objectives.

The Catholic Institute of Arts and Industry (ICAI)

In turn, the Catholic Institute of Arts and Industry (ICAI) of Madrid began as a School for Mechanics and Electricity that was founded in 1908. Its aim was to offer Christian and technical training to factory workers specializing in these two areas. Very early on, the Jesuit Agustín Pérez del Pulgar saw the need to complement this training with courses equivalent to a Bachelor's Degree in Engineering for the most gifted of the school's initial student body, showing a clear dedication to professional and human progress.

As a result, the ICAI School of Electromechanical Engineering of was created, offering specialist degrees for engineering fitters and later engineering assistants.

The Institute’s impressive achievements and the high quality of its programs were finally recognized by the Spanish State by Decree, dated August 10, 1950 and then by Law, dated 20 July, 1957, granting civil validity to the courses studied at this school.

Around the same time, new additions to the ICAI university complex were being prepared. Since 1956, a Technical Seminary for Business Management was run with the support of the Bueno Consejo University College. At first, this Seminary exclusively offered specialist postgraduate training for access to business management positions. However, being incorporated into the ICAI Institute in 1960, its range of programs was expanded to include university degrees in Business Sciences, combining various concentrations with the ICADE Law Degree.

The closeness of both institutions in Madrid, the fact that they were both run by the Society of Jesus and the complementary nature of the programs they offered led to the idea of uniting the two institutions, by incorporating the degrees studied at ICAI-ICADE into the Comillas Pontifical University. This would also afford said degrees the legal academic status corresponding to their reality and, as such, State recognition of their civil effects.

However, most importantly, it created a rich and diverse education institute that could fulfill the duties of a true university to a greater extent than the two individual institutions. In particular, it could accommodate technical, economic, legal, humanistic and theological programs all under one roof, so that each study area would contribute to and be enriched by the findings and questions raised in the others. This has allowed us to develop a notably interdisciplinary approach to current problems, in keeping with the search for a global perspective that become such a key part of human nature today.

Once an agreement was reached between the governing bodies of both institutions and the academic authorities responsible for the same, an application was made to the Sacred Congregation for Catholic Education for the canonical establishment of the School of Industrial Engineering, the Faculty of Economics and Business Administration (Business Administration Section), the Faculty of Law and the School of Industrial Technical Engineering, based on the former ICAI-ICADE university centers, and for their incorporation into the Comillas Pontifical University.

In two Decrees issued by this Sacred Congregation on June 20,1978, the above-mentioned requests were approved, and based on this approval, the Spanish State officially recognized the full civil effects of the programs studied at these new Schools and Faculties in Royal Decree 1610/1979 of April 4, in accordance with the provisions of the Agreement signed between the Vatican and the Spanish Government on April 5, 1962.

The University's newly drafted Statutes were presented for approval to the Sacred Congregation for Catholic Education, the application for which was authorized by the Chancellor on September 16, 1979 and definitively approved by the Vatican on February 15, 1986. These Statutes aimed to facilitate a gradually more unified and, as appropriate, internally diverse management system to ensure the University could effectively respond to its new situation, thorough the provision of a university service that was officially recognized by both Church and State.

In 1982, the San Vicente de Paúl School of Social Work was fully integrated into the University's network of Centers. This school was canonically established in 1957 and officially recognized under a Decree dated April, 20 1964. It was transformed, under the legislation in force, into the University School of Social Work under a Royal Decree issued on October 26, 1983 (Official Spanish State Gazette of 2 December 1983), in which the full civil effects of its programs were also recognized.

In 1997, the ICAI-ICADE Institute of Postgraduate and Continuous Education incorporated the programs offered over the past 40 years by the former Institute for Business Management and Administration Studies, adding new courses in Humanities, Engineering and Law.